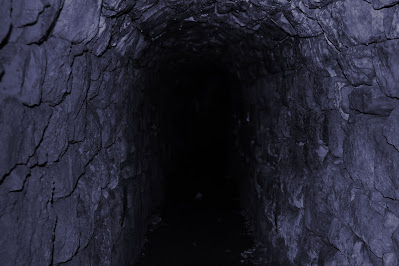 In 1974, the very first printing of Dungeons  & Dragons redefined what dungeons are. No longer the central keep or donjon of a castle. No longer the repurposed donjon as a prison. The dungeon beneath the castle merged with the Gothic idea of secret passageways, Roman catacombs, Parisian sewers, Egyptian tombs, and the mythical underworld of the Greeks, the Celts, Lovecraft, and the haunted house.

Dungeons are unnatural and break all the rules. Doors open freely for its denizens but are stuck fast and must be forced open by intruders. The occasional gust of wind blows out the torches and candles of the intruders. Clanking chains, ghostly moans, and all the sounds of a haunted house can be heard. Past every door and around every corner lurks a jump scare or a trap for the unwary. Untold riches and magical power await the intruders who heed the siren call but it is merely a trick to lure them in. The dungeon feeds upon the fear of the intruders. Fear is the oldest emotion and fear of the dark is the oldest form of fear.

And yet the dungeon’s brood can see as well in the inky blackness as if it was full daylight.

Cheaters! All of them! Unfair that PCs cannot see with infravision but monsters can see hundreds of yards effortlessly! And woe to the monster who joins the party whether willingly or unwillingly for the dungeon knows the bertrayal. A monster who joins the party loses the ability to see in the darkness and doors no longer open for it. The dungeon knows and it scares the s**t of the turncoat creature. A punishment worse than death awaits all traitors!

Dungeons are sinkholes of chaos and evil. The deeper the dungeon goes, the greater the depravity. Surely dungeons are hellmouths for the deepest level must be the final level of Hell!

Am I exagerating? Am I only describing dungeons in my game? Consider the following…

“Special Ability functions are generally as indicated in CHAINMAIL where not contradictory to the information stated hereinafter, and it is generally true that any monster or man can see in total darkness as far as the dungeons are concerned except player characters.” (D&D Book II, page 5)

“In the underworld some light source or an infravision spell must be used. Torches, lanterns and magic swords will illuminate the way, but they also allow monsters to “see” the users so that monsters will never be surprised unless coming through a door. Also, torches can be blown out by a strong gust of wind. Monsters are assumed to have permanent infravision as long as they are not serving some character.” (D&D Book III, page 9) 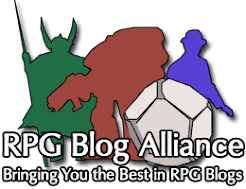